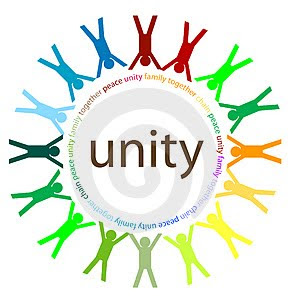 The first day and a half of business at the LCMS National Convention has focused on taking action regarding several proposals brought forth by Floor Committee 8, all of which have to do with restructuring how our synod governs itself.  My good friend, Scott Diekmann, is doing a wonderful job of reporting the decisions made by the delegates regarding these proposals as they happen, and I encourage you to check his blog often (you can also check the status of all the resolutions acted upon at the LCMS website here).

I've been watching as much of the proceedings as I can via the live stream on the LCMS website here.  What I find interesting and very ironic is the fact that this Floor Committee has continued to claim that putting their resolutions before the delegates is motivated by their desire to bring more unity to our synod.  That claim simply doesn't make much sense considering the fact that most of their resolutions (and, especially, the most controverted ones) are passing by a very slim majority (51% or 52%).  As a couple of pastoral delegates have very wisely pointed out on the floor, making changes as broad and reaching as the ones being made with these resolutions should never be done with such a small majority in favor.  As they've noted, we would never push changes like this through at the congregational level (or, at least, we never should), since it would obviously breed disunity.  It would seem, then, that if the motivation driving the Floor Committee to present these resolutions was to bring more unity to our synod, they would have recognized the disunity they were creating when they began to present these resolutions and, for the sake of fostering unity in our synod, made the decision to cease and desist from moving forward.  Yeah, that would have meant a lot of time, energy, and money going down the tubes, but what is more important - time, energy, and money or unity?

Now, some may try to argue that the Floor Committee simply couldn't have known what the will of the assembly would have been and, therefore, they can't be blamed for the disunity which their resolutions are most certainly breeding.  Not so much.  I mean, they should have been given a clue as to the obvious disunity they would be breeding by moving forward as they have from the many pre-convention overtures and memorials presented by whole districts, circuits, and congregations to either not bring forth these restructuring proposals or to put them on hold until more study and a greater consensus could be achieved.  But, nope.  They marched on and our synod will suffer more disunity because of that, which leads me to question not only what they claim to be their motivation, but also whether or not they really understand what the word "unity" means.  It kind of reminds me of this: