Our TLSB Order Is In! 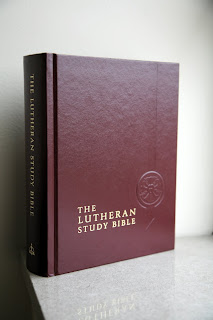 http://cph.org/lutheranbible
I placed our congregation's order for TLSB (The Lutheran Study Bible) today.  Thirty members ordered a copy through the congregation.  We were also able to order 12 hardback editions for our church library thanks to a generous donation.  All in all, we ordered 42 copies and four Journals.  I can't wait for these to arrive.  I've been looking forward to the release of this Bible for years and am very excited to see that it's finally almost here!
Posted by Rev. Thomas C. Messer, SSP at 11:26 PM No comments: