It's Okay To Be Happy! 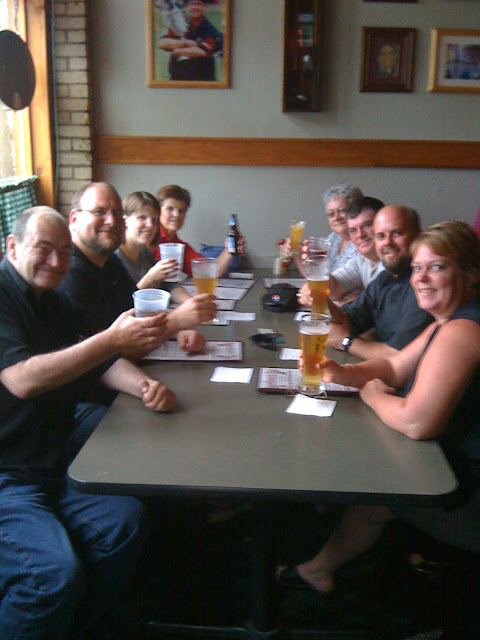 Almost immediately after Pr. Harrison was elected, warnings began to spring up all over the blogosphere about not being too happy or celebratory about this.  I understand the sentiment.  Our synod needs to work toward unity and this is not the time to boast or gloat.  Fine.  I get that.  But, being happy and celebrating this significant and joyous event is not the same thing as boasting or gloating.  The happiness I, and many others, feel right now is not derived from some sense of misplaced pride, but from a sense of utter relief and deep gratitude.  It isn't a "we won and you lost" kind of thing, but a "what a blessing!" kind of thing.

I think it is absurd to suggest that we should not be too happy right now.  It doesn't make us insensitive jerks to express our delight over the way the elections have gone so far at the convention.  We prayed for this.  We longed for this.  We hoped for this.  And, lo and behold, it has happened.  So, we're happy.  Sue us, I guess.

Also, let's just have a little honesty here.  We're also happy that Pres. Kieschnick and many on his team we're not re-elected.  That doesn't mean we're sadistic people who like to revel in the misery of others.  It just means that we disagreed with the direction they were taking our synod and are happy that they will no longer be in place to lead us further in that direction.  That's all.  We thank them for their service among us, recognizing that they served as they thought best, and we wish them well in whatever the future holds for them.  But, at the same time, we're happy.

There has also already been much speculation about what is going to happen now.  When will President Harrison take care of this or focus on that, etc.  First of all, the man isn't even installed until September.  Secondly, the work he has before him is enormous.  Not only is he inheriting a synod divided on many issues, but also a completely new structure to our synod, and it will be his responsibility to oversee the transition from the old to the new.  Thirdly, President-elect Harrison has been forthright in expressing that it will take years of hard work and honest dialogue to get us to the unity he envisions (the plan he lays forth in "It's Time" is a ten-year plan), and that the unity he envisions can only be achieved by the Word of God.

What is needed right now is patience and support.  President-elect Harrison asked us to pray for him daily.  Please do so.  He will need our prayers - and our patience, and our support.

Also, if there are any people out there who are hoping for President-elect Harrison to begin "cleaning house" in our synod, I assure you that you are going to be disappointed.  That's not his plan, nor is that his style.  His plan is to lead not by coercion, but by the Word of God.  He's one of those long-lost believers who actually believes that the Word of God is living and active, mighty and powerful, and able to unite, even as it also divides.  Let's give him a chance.  Let's give the Word of God a chance.  Let's be patient and supportive and see what the Word can do among us.  We haven't done that for a while as a synod.  We have, for quite some time, focused on our efforts and our ideas.  Let's see what the Word can do.

If I'd known you were buying, I'd been on the 27 express north. As it was, I settled for a good cigar on my back porch.
Peace,
Dennis

I am also very happy. If I had been in Alma, I'd have joined you as well!

Dennis: It was a good thing that you stayed home, because we went "Dutch" last night when that picture was taken. I would have enjoyed a cigar with you, but as an ex-smoker I would have started up again.

And that's the first beer I've had in a long time that's how happy I was. I usually don't drink beer. Lutheran--can you imagine!

I agree with Dennis. I may have joined you for a beer also! This is indeed a time to be thankful, and yes, happy!