Last night, I finished reading my first novel on my new Pandigital Novel that Lisa got me for Christmas.  Wasn't sure if I was going to like this new toy, since I love holding a book in my hands.  But, I have to say that it's growing on me.  I love being able to hold it in one hand and breeze through page after page.  I also love the fact that I can lay down and set it on its stand and read hands-free.  Plus, it has wifi, so I can check email and surf the net while lying on the couch - pretty cool. 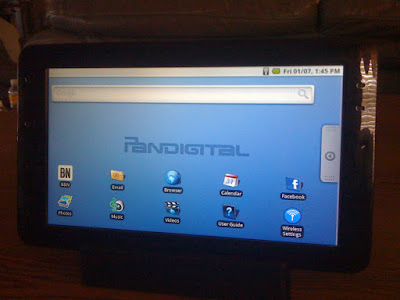 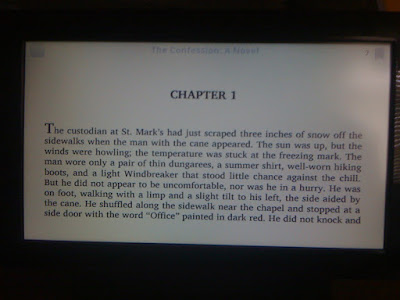 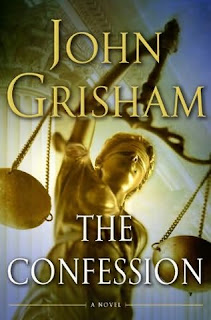 "The Confession:  A Novel," written by John Grisham, was a good read.  It's about a Lutheran pastor, who has a lifelong criminal stumble into his office and confess to a murder he committed nine years ago, just days before the scheduled execution of the man the authorities wrongly convicted.  Lots of twists and turns along the way, as the pastor races with the guilty man to Texas in the hope of having him tell the truth before the authorities kill the wrong man.

All the elements one would expect from a Grisham novel:  Crime, suspense, justice, corruption, revenge, reconciliation, politics, courtroom drama, and a boat-load of colorful characters.  I could easily see this book being made into a feature film.  In fact, as I was reading it, I was picturing which actors would fit which roles as it played out on the big screen.

The only drawback:  The Lutheran pastor is not all that Lutheran, as is made evident throughout the book whenever Grisham reveals his theology.  But, that doesn't prevent it from being a good and entertaining read.
Posted by Rev. Thomas C. Messer, SSP at 3:18 PM