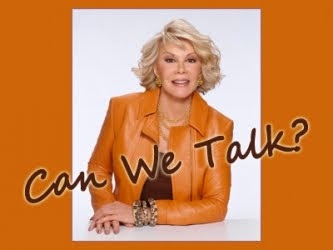 It is fascinating to listen to those who oppose the plan put forth by LCMS Presidential Nominee Rev. Matthew Harrison in his essay, "It's Time."  They want to set parameters in place that would ensure that no one engaging in the sort of "Formula of Concord-like" theological dialogue Rev. Harrison proposes would be made to feel any less Lutheran than anyone else.  In other words, they want the dialogue to begin around the assumption that everyone gathering together to talk is Lutheran in doctrine and practice.

But, that kind of defeats the point, doesn't it?  I mean, if that assumption was true, there would be no reason to talk.  Duh!  Besides, it is that assumption which has ruled the day in the various theological convocations held during the current LCMS President's time in office, and it hasn't gotten us one iota closer to working out the differences and divisions which infect our synod.  There can be no true dialogue if the assumption which undergirds such is that everyone engaging in the dialogue is equally Lutheran in doctrine and practice.  That is not theological dialogue; that is post-modernism.

No, the sort of theological dialogue we desperately need in our synod must be honest and direct.  No assumptions; no prerequisite to "agree to disagree"; no parameters set to deter anyone from speaking openly and honestly as they defend their position(s) on the basis of Holy Scripture and our Lutheran Confessions.

The fear some have regarding this sort of honest and direct theological dialogue is almost certainly due to the fact that it has been so long since we have done things this way that they have no idea what it even means anymore.  We have grown so accustomed to being agreeably disagreeable and have for so long forsaken any semblance of the kind of church discipline that would result from properly exercised ecclesiastical oversight of doctrine and practice that we are like "fish out of water" when it comes to honest and direct theological dialogue.  I mean, God forbid that we declare anything done within our synod out of bounds.  The best we can do is to "evangelically encourage" our brothers and sisters who have abandoned our confession of the faith to think about what they're doing and how what they're doing affects the rest of us.  But, to call them to repentance and demand that they cease and desist if they want to remain in our fellowship, well that's just mean and out of bounds in today's LCMS.  That's too much like "browbeating" or "enforcement" or "coercion," and that would be just plain awful in the sight of many.

And, that's exactly our problem today.  We have been taught to think that it's unnecessarily mean to point out error and to demand faithfulness to our Confessions.  It's even considered by many to be a violation of the 8th Commandment to ever call into question the faithfulness of anyone's publicly revealed doctrine and practice.  It doesn't matter how wacky that publicly revealed doctrine and practice is, either.  If you say, "That is NOT Lutheran," you will be met with the hostility of many and be labeled a trouble-maker.

How far we have fallen from our Lutheran forebears!  When controverted and divisive issues arose among them, they were not afraid to put those issues on the table, analyze them against Scripture and our Confessions, and come to a conclusion about them.  And, having come to their conclusions, they were not afraid to demand that anyone wishing to call themselves Lutheran must comply.  They believed that purity of doctrine and practice was non-negotiable, and that errors against the same could not be permitted.  Call it "browbeating," "enforcement," or "coercion" if you will, but they believed that to be a Lutheran one must believe, teach, and confess what Lutherans believe, teach, and confess.  I know, shocking, isn't it?

So it is that I'm not the least bit sympathetic toward those who fear the sort of honest and direct theological dialogue proposed by Rev. Harrison.  It's the Lutheran way.  Put the controverted and divisive issues on the table and discuss them on the basis of Holy Scripture and our Lutheran Confessions.  Let each side make their arguments as passionately as they please.  Let them mince no words and actually accuse the other side of being wrong, according to their interpretation of Scripture and Confessions.  If each side is convinced of its position, it should not fear entering the dialogue, but rather should embrace the opportunity to defend its position and argue for its acceptance by the other side.

This doesn't mean that things have to be nasty at all.  "Speaking the truth in love" should most definitely be the order of the day.  But, "speaking the truth in love" has never meant "compromising the truth out of love," as many imagine it to mean.  "Speaking the truth in love" presupposes that there is a truth to be spoken, which also means that anything in contradiction to that truth is falsehood.  That's what we need to wrap our minds around if we will ever enter into the sort of honest and direct theological discourse we so desperately need.  On the controverted and divisive issues among us, there is truth and there is falsehood.  Let us engage one another honestly and directly to determine the truth, based on Scripture and our Confessions, with a willingness to repent if it be shown that we ourselves are in error.

How can any true Lutheran fear this process?  The only reason I can muster as to why some would fear it is that they're nervous about having their doctrine and practice scrutinized, and the only reason they would be nervous about that is because they're not as sure as they'd like to be about whether or not their doctrine and practice jives with what Lutherans believe, teach, and confess.  They're perfectly content with everyone doing whatever is pleasing in their own eyes and allowing the divisions within our synod to remain.  Some of them even laud this as "blessed diversity," which is in gross contradiction to the Lutheran forebears from whom they claim to descend; those who would declare honestly and directly:


It is not only necessary that the pure, wholesome doctrine be rightly presented for the preservation of pure doctrine and for thorough, permanent, godly unity in the Church, but it is also necessary that the opponents who teach otherwise be reproved (1 Timothy 3; [2 Timothy 3:16;] Titus 1:9).  Faithful shepherds, as Luther says, should do both things:  (a) feed or nourish the lambs and (b) resist the wolves.  Then the sheep may flee from strange voices (John 10:5-12) and may separate the precious from the worthless (Jeremiah 5:19).  (Formula of Concord, Solid Declaration, Summary, Rule, and Norm, 14).

I agree with you that the theological dialogue proposed by Pastor Harrison is a good idea. I believe President Kennedy said "Let us never negotiate out of fear. But let us never fear to negotiate."

Pastor Messer rightly states "The fear some have regarding this sort of honest and direct theological dialogue is almost certainly due to the fact that it has been so long since we have done things this way that they have no idea what it even means anymore." I'd take that a step farther and say their fear is related to the fact that they'd immediately be proven wrong.