Where are the Liturgical Nazis? 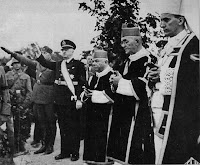 I hear about them all the time, these Liturgical Nazis.  Where are they?  Who are they?  They sound like a downright mean bunch of dudes.  It is said that they demand full compliance to every jot and tittle of their preferred liturgical rubrics and rites.  They are described as those who have absolutely no love for the lost and, thus, no desire to share the Gospel with anyone beyond their own immediate circles.  They are referred to as crass legalists, who have no sense whatsoever of the freedom of the Gospel.  From what I've heard, they are so adamant about their liturgical ideology that they claim that anyone who does anything differently from them is blaspheming the Lord.  Evidently, for these rogues, it is their way or the highway - period!  There's even stories about them which suggest that if the Celebrant does not hold his fingers in the proper liturgical manner, they do not believe a valid Mass has been held.  These are obviously some seriously misguided and disturbed guys.

But, where are they?  Who are they?  As much as these Liturgical Nazis are mentioned in conversations around the blogosphere, one would think that they would be easily identifiable.  But, try as I might, I cannot seem to locate any of them.  I'm beginning to wonder if they even exist.  I mean, I know lots of faithful, confessional Lutheran pastors who take the liturgy seriously, but not a one who belongs to the ranks of these Liturical Nazis.

Could it be that this is nothing more than a myth?  Maybe it's simply propaganda put out by those who have no use for the liturgy and detest those who take it seriously.  I'm sure there have been cases where pastors have taken their liturgicality (I think I just coined a new term) too seriously and have made bad decisions as a result.  I'm also sure there have been cases where pastors have introduced new (usually, old, but new to the congregation) liturgical practices too quickly and without a healthy dose of catechesis or explanation.  But, those who are wont to use "Liturgical Nazi" are not talking about this or that bad example of pastoral care.  They use it in a way that suggests that there is a whole group of these Liturgical Nazis running rampant in our synod.  Funny, they can't ever seem to pin one down.  When asked to point these Liturgical Nazis out, they won't (probably because they can't).  Instead, they'll just go on assuring all of us that they exist and that they're bad news for our synod.

I sure would like to meet one someday, though.  I think it would be fascinating to sit down and talk with one.  Perhaps, someday, those who are so adamant about their existence will finally identify a real, live Liturgical Nazi for us.  Until then, I'm inclined to believe that I'll have a better shot at seeing this in my lifetime: 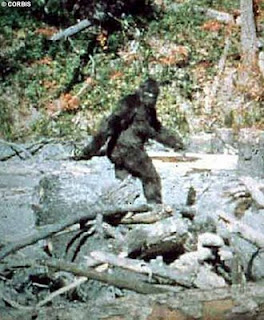 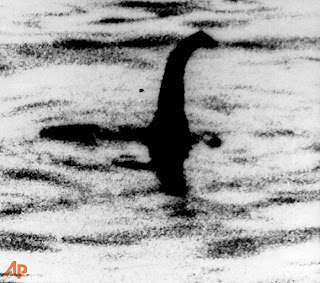