Homily for the Feast of Sts. Cosmas and Damian, Martyrs

Here is the homily I preached last night as we observed the Feast of Sts. Cosmas and Damian: 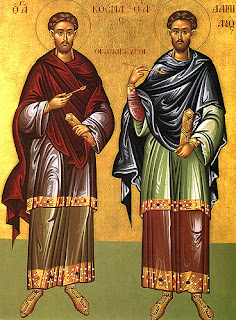