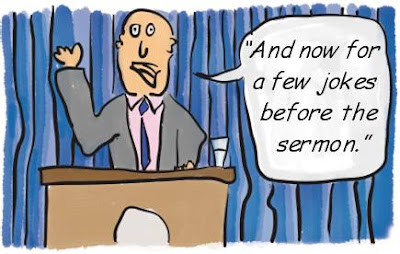 Fr. Beane has an excellent post over at Gottesdienst Online concerning the popular idea held by many in our synod that the goal in liturgical matters should be to find the happy medium (or, "mushy middle") between what they see as extremism on both ends of the liturgical spectrum.  He hits the proverbial nail on the head here, for it is most certainly true that many, if not most, among us conclude a priori that these extremes exist and are to be avoided.  The pastor who takes seriously how he conducts the Divine Service, paying special attention to rubrics and focusing on the ceremonial is mocked as a "liturgical pietist" (or, "liturgical nazi").  Such a pastor is just as guilty in their eyes as the pastor who puts together an informal "worship experience," paying no mind to rubrics or the ceremonial, with the result that the "worship" they lead bears little to no resemblance to a Lutheran Divine Service.  I have heard pastors who consider themselves to be conservative, liturgically-minded, fellas boast of their refusal to chant, make the sign of the cross, elevate and genuflect, and so forth, in a "thank God I'm not like those liturgical purists" kind of way.  They bask in being liturgical, but not too liturgical, and in being reverent, but not too reverent, as Fr. Beane points out.

I challenge the assertion that these extremes actually exist.  I'm not saying that there don't exist those pastors, who would fall into the "too liturgical" extreme posited by many, who are guilty of thinking that their way is the only way, and that anyone who doesn't do everything in the same manner as they do are less than Lutheran.  Maybe such pastors do exist, and if they do, they are indeed guilty.  But, to be honest, I have yet to meet a single one of them.  Oh, I have met many who are falsely labeled as being this way, but who, upon further investigation (you know, actually talking with them and hearing from them what they actually believe, and so forth), they are anything but.  They don't actually believe that a pastor must chant the liturgy or make the sign of the cross at all the appropriate places or wear a chasuble or elevate and genuflect, etc. in order to be faithful, as if these things are necessary for the Holy Spirit to do what He does through the Holy Word and Sacraments.  They may contend for these things, believing them to be efficacious aids to our worship and confession, but they don't mandate them, as they are often falsely accused of doing.  They recognize that there is great freedom and enormous latitude in liturgical matters, but what they're not willing to embrace is the idea that this freedom and latitude is limitless, as if anything and everything done in the name of Lutheranism is hunky-dory and, well, Lutheran.  I think that is the real reason why they get labeled extreme:  They draw a line that many don't want to draw.  Drawing such lines is simply not kosher in our live-and-let-live day and age.  But, make no mistake, the line they draw is nowhere near where those who accuse them of being liturgical extremists claim that they place it.

I really don't think there are two extremes on the opposite side of the liturgical spectrum among us.  I think, rather, that there are those who adhere to, and practice, a Lutheran theology of worship, and those who don't.  Of course, I'm sure I would be accused by many of being in the "extreme, litugical pietist" camp.  After all, I'll be donning a rose chasuble tomorrow to conduct the Divine Service on Gaudete Sunday, and I'll chant the liturgy, make the sign of the cross at the appropriate places, elevate the Body and Blood of our Lord and genuflect before Him, reverently consume the remaining elements, cleanse the sacred vessels and return them in a reverent manner to the credence table, and so forth.  It's all so very "extreme," I know.  But, am I really just as guilty in my "extremism" as the pastor who will conduct the "worship experience" he invented in his jeans and t-shirt - a "worship experience" which bears far more resemblance to what one would find in a "methobapticostal" or "Americanized Evangelical" congregation than to a Lutheran Divine Service?  Really?  And, does it matter that I do not see myself as superior to those who do not conduct the Divine Service in the same manner as I do; that I do not look down upon those who may not chant, make the sign of the cross, etc.; that I would be content to attend a Lutheran Divine Service with or without what many term "smells and bells" or "pomp and circumstance," so long as our Lutheran theology of worship was evident, the Holy Gospel was preached in its purity, and the Holy Sacraments were administered according to Christ's institution?

I think it's high time that we stop hiding behind the "liturgical extremes" which have been conveniently invented to avoid having to have a real theological discussion on liturgical matters.  And, I think it is very sad that Lutherans have become accustomed to setting the goal of finding some "happy middle" where they believe they can live in peace, having managed to avoid the "extremes" that don't really exist.
Posted by Rev. Thomas C. Messer, SSP at 3:25 PM