In between my travels back and forth to Illinois, last Saturday I had the pleasure of attending the play, "Murder in the Knife Room," performed by the Alma High School Drama Class.  I was greatly impressed.  The kids did a fantastic job.  The play itself, written by renowned playwright, Jonathan Rand, is wonderfully entertaining, but the kids who acted it out made it all the more so.  Even our own Samantha, who has the rep of being shy and quiet-mannered (except among those of us who know her well!), showed some acting skills and looked at home on the stage.  There was a lot of talent up there.  It wouldn't surprise me to see some of these kids actually pursue a career in acting, they were that good.  Kudos to teacher and director, Mrs. Elizabeth Campbell, for preparing the class to perform so wonderfully.  This was the best High School production these eyes have ever beheld, for sure!  Funny, suspenseful, and wildly entertaining, especially the end, when it was revealed that Samantha (Mysterious Host) was a robot, and she did that weird thing with her arm that caused the audience to erupt in a combination of laughter, applause, and gasps of "Oooohs!"  A few pics from the evening: 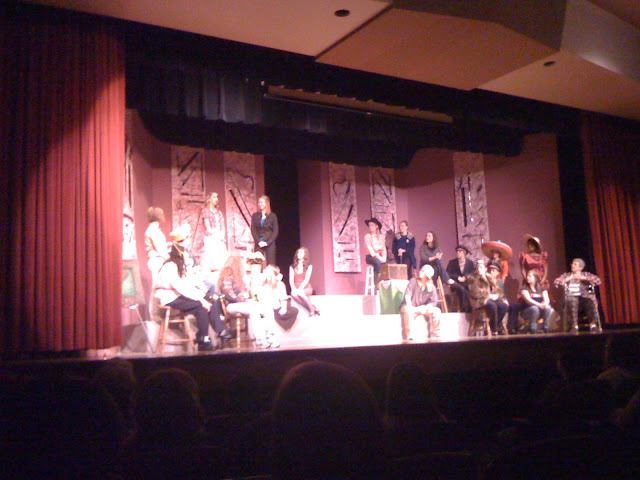 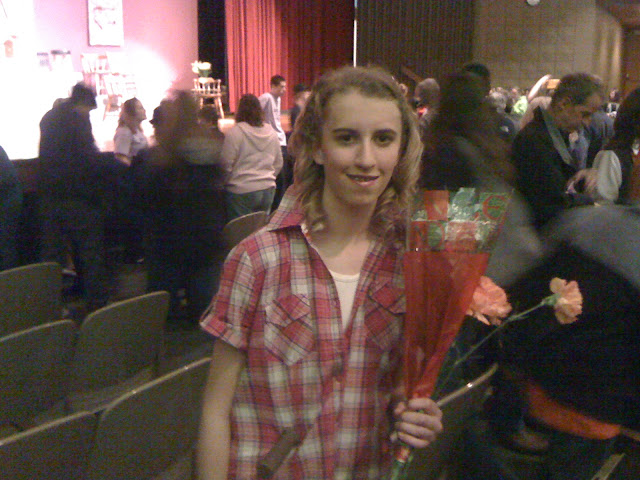 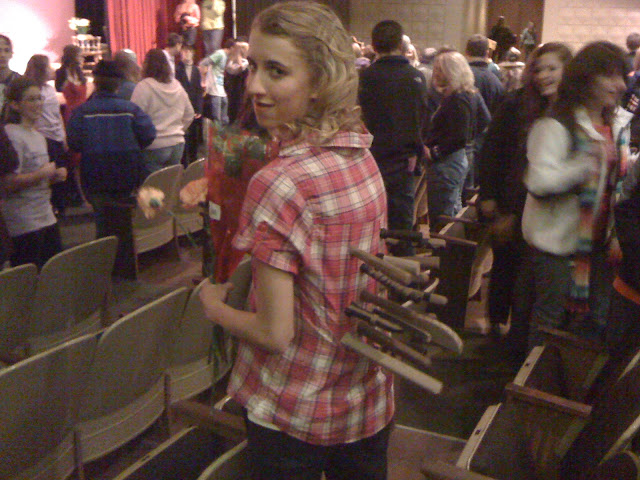