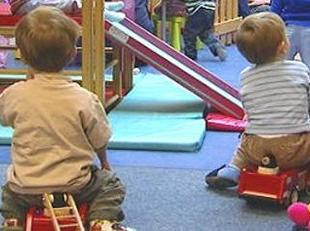 Here is a story that is making the rounds through all the usual media outlets (local and national news, morning and afternoon talk shows, etc.).  "Little liars grow up to be great leaders" is the catchy headline/title of the story.  It's about the "research" done by Dr. Kang Lee, director of the Institute of Child Studies at Toronto University.  The reason the story is making news is because Dr. Lee and his team have claimed to make a breakthrough in understanding the nature of lying among children.  Basically, they have come to the conclusion that the better children are at lying, the better chance they have of becoming more productive adults and even great leaders.  The implication is obvious, of course - lying is good!  Parents should not be worried that their children lie.  Instead, they should be encouraged by that.  And, if their children are really good at lying, able to come up with grand, imaginative cover stories to conceal their lies, well, then, parents should be all the more encouraged, since that is an indication of future greatness.  I suppose I should be extremely encouraged and excited by this, since all four of my children proved to be fantastically imaginative liars from a very early age.  They should all turn out to be great leaders, indeed!

One wonders how much time and money was wasted on this "research."  The conclusions are nothing short of laughable.  According to Dr. Lee, who, along with his team, tested 1200 children from ages 2 to 16, 20% of two-year-olds lie, 50% of three-year-olds lie, and 90% of four-year-olds lie.  By the age of 12, they claim, almost all lie.  Huh?  All this tells me is that 80% of two-year-olds, 50% of three-year-olds, and 10% of four-year-olds were extremely good liars, able to deceive Dr. Lee and his team into believing that they don't lie.  For here is the sober truth:  ALL CHILDREN LIE!  And I don't even need to receive large governmental grants to put together a research team to come to this determination.  All children lie because all children are conceived in sin.  By nature, they are liars.  By nature, they will attempt to deceive others in order to achieve self-preservation.

And guess what - I don't even need the Bible to reveal this to me, although it does so quite clearly.  Experience is teacher enough.  I mean, show me the always honest two-, three-, or four-year-old.  You can't, 'cause none exist.  Every child will, when caught red-handed doing something they know they shouldn't be doing, try to lie themselves out of it.  That's what these little sinners know, and do, by nature.

There was only one Child in the history of mankind who never lied.  His name was/is Jesus.  He is the only hope for liars of all ages, for He lived the perfect, sinless life on behalf of all and gave His life on the cross to atone for the sin of the world - yes, even the sin of the cute, cuddly, little two-year-old who swears he didn't put the remote control in his mouth, even though you watched him do it.

It's bad enough that this ridiculous "research" is considered scientific and released to the public as some great breakthrough; what's worse is that it is accepted and reported by so many as such.  Yeah, sometimes you just gotta laugh!
Posted by Rev. Thomas C. Messer, SSP at 12:25 PM