A group of us gathered together last night for a Super Bowl Party.  Thanks to Chris and Megan for opening up their home to us.  It was a lot of fun.  And, while the Saints ended up winning by two TDs, it was a good game, still in question in the waning moments.  I really thought the Colts would score, get the ball back, and have a chance to tie the game.  But, it wasn't meant to be.  I guess the text I received from both my uncle and my dad before the game was prophetic after all:


"Colts on the ground, Colts on the ground!
Looking like a fool, 'cause the Saints put 'em down!"
Here are some pics of our party, beginning with the best pic of all (the "out of this world" brats yours truly made - while Chris and Megan will probably never admit it, these were the best brats they have EVER eaten!:).  Don't know why a couple of the pics look so cloudy; it may be that the lens on my digital cam was fogged up or something - weird. 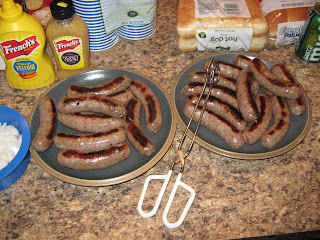 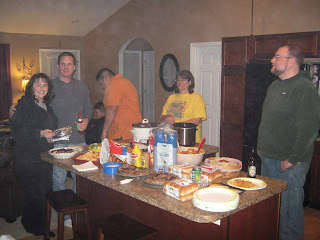 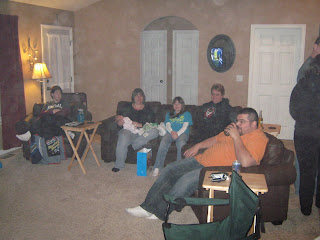 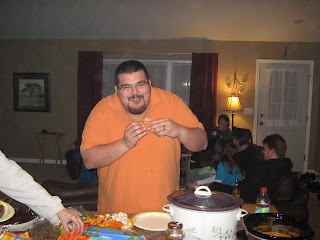 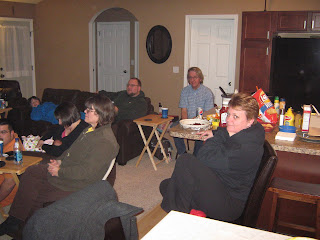 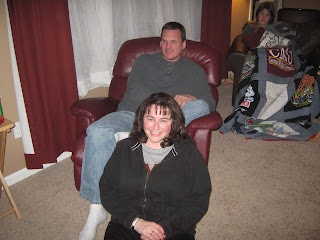 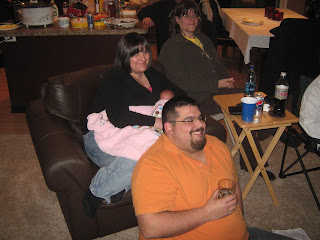 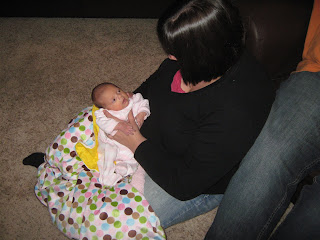 Okay, so maybe this pic is even better than the pic of the brats:
Kylie Rose enjoying her first Super Bowl Party!
Posted by Rev. Thomas C. Messer, SSP at 5:36 PM