This morning, several of us gathered at the church to decorate for Advent.  In years past, it was customary to spend this Saturday decorating all out for Christmas.  But, this year, after much conversation, we have decided to scale down our decorating in a manner more in line with the penitential nature of Advent.  A few of the changes we've made include:


We toyed with the idea of not putting the Christmas tree and the Nativity scene up, but concluded that putting them up in the manner we have (not lighting the tree and progressively adding to the Nativity scene) is a healthy compromise between those who would rather not put them up and those who would rather have them decorated in full.  Besides, I think this works well.  While Advent is a penitential season, it is also a season of anticipation and expectation.  Having symbols of Christmas before us, but holding off on seeing them in their full splendor lends itself well to a people longing for the Coming of their Lord.

Anyway, the end result is simply beautiful.  I am very impressed with how everything turned out and can't wait to serve in the Lord's House tomorrow.  Here are some pics (the purple doesn't come through as well as I would have liked in these pics from my iphone - hopefully, I'll get some better pics tomorrow with one of my daughter's digital cameras with flash): 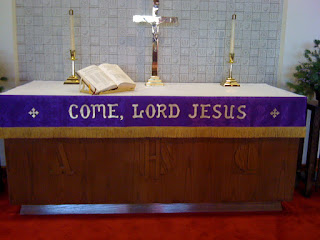 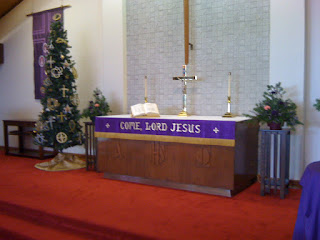 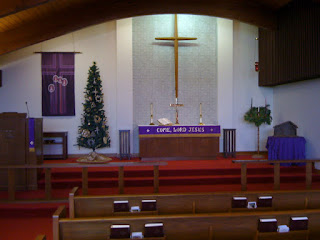 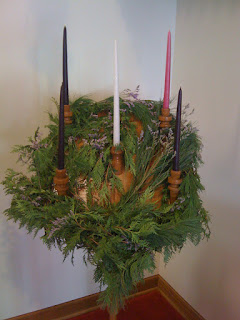 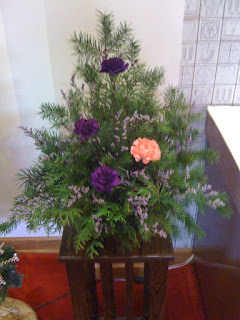 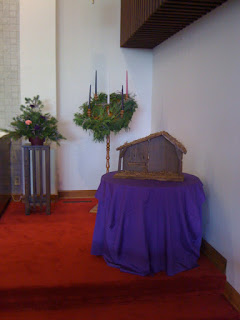 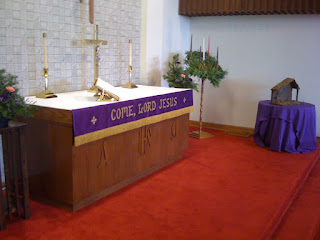 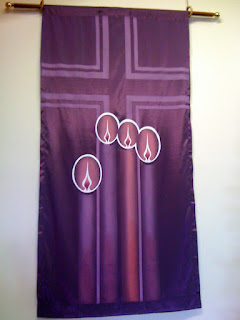 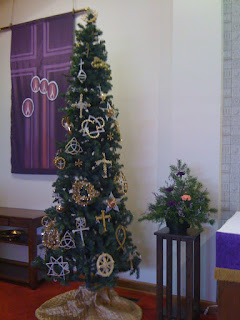 And the best pic of all: 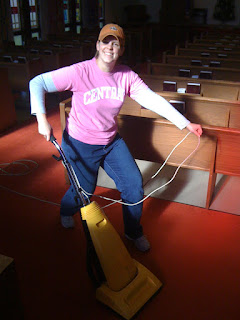 The last picture, that is. Everything else looks AWESOME!

Megan looks amazing! Oh and the church looks great too!

She knows how to run the vacuum? Rarely happened when she lived at my house!