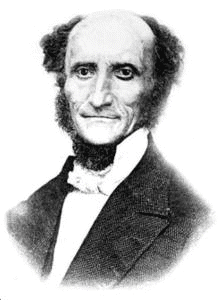 Just in case you're interested, what inspired the last post was my running across these words again from our synod's first president, C.F.W. Walther.  It seems that he was already fighting the "that's too Catholic!" accusations in his day.  Go figure.  Here's Walther on this:

Whenever the divine service once again follows the old Evangelical-Lutheran agendas (or church books), it seems that many raise a great cry that it is "Roman Catholic": "Roman Catholic" when the pastor chants "The Lord be with you" and the congregation responds by chanting "and with thy spirit"; "Roman Catholic" when the pastor chants the collect and the blessing and the people respond with a chanted "Amen." Even the simplest Christian can respond to this outcry: "Prove to me that this chanting is contrary to the Word of God, then I too will call it `Roman Catholic' and have nothing more to do with it. However, you cannot prove this to me." If you insist upon calling every element in the divine service "Romish" that has been used by the Roman Catholic Church, it must follow that the reading of the Epistle and Gospel is also "Romish." Indeed, it is mischief to sing or preach in church, for the Roman Church has done this also . . .Those who cry out should remember that the Roman Catholic Church possesses every beautiful song of the old orthodox church. The chants and antiphons and responses were brought into the church long before the false teachings of Rome crept in. This Christian Church since the beginning, even in the Old Testament, has derived great joy from chanting... For more than 1700 years orthodox Christians have participated joyfully in the divine service. Should we, today, carry on by saying that such joyful participation is "Roman Catholic"? God forbid! Therefore, as we continue to hold and to restore our wonderful divine services in places where they have been forgotten, let us boldly confess that our worship forms do not tie us with the modern sects or with the church of Rome; rather, they join us to the one, holy Christian Church that is as old as the world and is built on the foundation of the apostles and prophets. (Der Lutheraner, July 19, 1853, issue, volume 9, number 24, page 163, translation by Paul McCain)

Hmm... I wonder why I have never heard that preaching during Divine Service is "too Catholic". Never thought about that! Even in my growing-up days when I heard my grandfather say the "too Catholic" words very often, I never heard him say that about preaching. Interesting...

I've thought a lot about your comment that we never hear people say "That's too Baptist, etc." I think that results from many years of Lutherans being poorly catechized. From my own experience, I can say that I learned very little about Martin Luther. All I was taught is that he was a Roman Catholic monk and broke away to form the Lutheran Church. With that knowledge, it's easy to infer that things Roman Catholic are to be avoided. Luther wasn't Baptist, or Methodist, of course, so why even think about whether something is too Baptist, etc.

I know better now. Although my basic understanding of what it is to be Lutheran was sound, there was a great deal missing from my education.