A Plan to Save the Seminaries 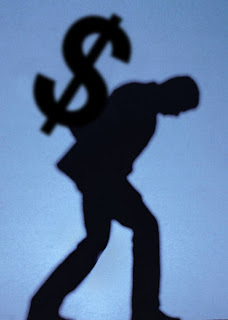 A week and a half ago, Pr. Heath Curtis posted a plan he developed to save our seminaries over at Gottesdienst Online.  I wanted to post something here about this back then, but haven't had much time to blog lately, so I'm just now getting to it.  Pr. Curtis' post was also posted over at the Brothers of John the Steadfast site and led to a very insightful and interesting discussion, which you can read here.

I don't know if Pr. Curtis has covered everything in his fine article, but at least he has put forth a plan that addresses both the theological and practical issues which continue to plague our current system.  And, it's a plan that takes an honest look at where we've been, where we are now, and what the future may hold.  I love the way he ends:  "This is my plan.  What's yours?"  It's a great question.

He has identified all of the "elephants in the room" (e.g. our betrayal of AC XIV, the pastoral shortage myth, the abuses of the SMP program, the debt seminarians are forced to accumulate, and the very real threat our seminaries face if we continue with the status quo).  We simply cannot continue to ignore these things, pretending as if they don't exist.  And any plan that does not seek to tackle all these "elephants" is really no plan at all - it would be like trying to treat cancer with a band-aid and a bottle of aspirin.  But, that's precisely the sort of plans that have been put forth in the past, plans that seek to treat the symptoms, rather than the disease itself.

The disease with which we are currently afflicted began long before 1989 in Wichita, when we decided that AC XIV could be ignored (for those of you wondering what AC XIV is, it is Article XIV of our Augsburg Confession, which states:  "Our churches teach that no one should publicly teach in the Church, or administer the Sacraments, without a rightly ordered call").  Our betrayal of AC XIV with the introduction of "lay ministers" was/is abhorrent and we need to right that wrong straightaway, but it only caused the cancer with which our church body was already afflicted to spread like wildfire.  That cancer crept into our church body long ago when we stopped considering the training of pastors to be a primary reason for our synod's existence.  The training of pastors and the sending of missionaries were the two primary reasons for the formation of our synod.  There were other reasons:  Doctrinal accountability and supervision, the dissemination of our confession of the faith through publication (i.e. establishment of a publishing house), and so forth.  But, the two big daddies were training pastors and sending missionaries.  Can anyone honestly say that we have remained true to those two primary reasons?  Not if we follow the money.  Approximately 2% of our annual budget goes to our seminaries.  2%!  Doesn't sound like a primary reason to me.  And, yeah, I know, I simply don't know all the ins and outs of running a synod, and there's a lot more to the story than meets the eye, and yada, yada, yada.  But, as complex as all the numbers may be in our synodial budget, the bottom line is that we give a pittance of our coffers to our seminaries.  We give even less to the sending of missionaries, if we're going to define missionaries as they were originally defined, and should be defined, that is.

I'm for any plan that seeks to refocus our attention to the primary reasons our synod was formed in the first place.  Pr. Curtis' plan is a step in this direction.  And, it really should be appealing to everyone (except those who believe AC XIV can continue to be ignored, of course), since it provides a way to save/sustain our seminaries that doesn't involve a complete overhaul of our overabundant bureaucracy, and puts an end to all anti-AC XIV "lay ministry" with a common sense approach.  Unfortunately, I doubt that his plan will get much consideration.  But, again, he asks, "What's your plan?"

What I find most refreshing about Pr. Curtis' post is the honesty.  We could use a lot more of that in our synod, especially when it comes to training pastors.  Many of us were sold a false bill of goods when encouraged to go to seminary.  No one bothered to tell us about the massive debt we would be accumulating during our years of pastoral formation.  Instead, we were told that there were so many ways seminarians were assisted that, while we might accumulate a little debt, it wouldn't be that bad.  The picture painted for us was anything but accurate.

Consider my story:  My wife and I uprooted our family (four kids) and headed to seminary debt-free and with very solid credit ratings.  We also had nearly $20,000 in our TESPHE (Tax Efficient Savings Plan for Hourly Employees) accounts, which we had accumulated working at Ford Motor Co.  Four years later, our savings were completely spent and we exited the seminary over $80,000 in debt with falling credit ratings and tax issues.  We were forced to make some insanely ridiculous financial decisions during our time at seminary, like using credit cards to keep the electricity and heat flowing, and getting new credit cards when those we had were maxed out.  We also had to take the enormous risk of having my wife and children go without health insurance for nearly a whole year, due to the fact that we simply could not afford to have our whole family on the seminary's plan.  I don't know how it is now, but when we were there, I was required to be on the seminary's plan, but we had to look elsewhere for coverage for the rest of the family.  Were it not for the food and clothing co-ops, the debt we accumulated would have been even more massive.

$100,000 in four years!  That's our story, and it's a story we share with a great many other families.  It's also a story that men and their families, who are considering going to seminary, need to hear.  And, another part of the story needing to be heard is that all those scholarships people promise you aren't real.  At least, they weren't for me.  I graduated Concordia, Ann Arbor cum laude and maintained a 3.90 GPA while at seminary, but never received one academic scholarship.  I received a few "scholarship achievement" awards over the years, but never any money - I would have much rather received the money!

So, yeah, a little honesty about all this is refreshing, and needed.  It shouldn't be this way.  I'm all for making sacrifices while pursuing the Office of the Holy Ministry.  But, shouldn't leaving a good job, moving away from family and friends, and uprooting your children be sacrifice enough?  Must we also cripple our future pastors with enormous debt as well?  Debt that they take with them into small parishes where they receive salaries that make it impossible to start paying down that debt, which, of course, means that the debt just continues to build.  Not only is this a burden pastors and their families shouldn't have to bear, but it's a burden the congregations they're sent to serve shouldn't have to bear.

I love being a pastor.  Besides the financial woes accumulated there, I loved studying at the seminary.  I left a job as a Machine Repair Journeyman at Ford Motor Company, where I made lots of money, had great benefits, and enough seniority to hold day shift for as long as I was there, because I wanted to serve our Lord and His Church.  I am joined by a great many other men who gave up just as much, if not more, than I did, for the same reason.  It's a crying shame that what we gave up was not sacrifice enough.  None of us went into this gig for the money, but I doubt any of us ever dreamed that our pursuit of the Office of the Holy Ministry meant taking a vow of extreme poverty, being imprisoned by debt with little to no chance of parole.  New pastors have enough to deal with when they begin their ministries; they really shouldn't have to endure having a black cloud of debt constantly hanging over them.  It's sad.  And depressing.  It shouldn't be this way.

Hmmm, come to think of it, maybe Pr. Curtis' plan would be more appropriately titled, "A Plan to Save the Seminarians."
Posted by Rev. Thomas C. Messer, SSP at 1:37 PM

I think few things made me more bitter at the Seminary than dealing with financial aid. . . not because I wouldn't have gladly paid what I ended up paying, but because what I got didn't match up to the promises I got.

I was in the days of the tuition guarantee - my tuition would be covered... so two weeks after I graduated college I was up at the Sem to take Latin and Hebrew -- and then was told that *summer* tuition isn't covered. After I got there. And the response was, "Well, just take out a loan" -- but I couldn't, because it was still technically the previous academic year... and I hadn't filled out a fasfa for that year.

Of course, I also found out that the $2500 scholarship I had won was applied to my tuition guarantee (so it made absolutely no financial difference to me whether I won it or not)... again, after I got there.

I have no problem writing letters to scholarship boards for what they send to the company store... but let me know what is up before I get there so I can plan accordingly. It was the reality being so far off from the expectation that annoyed me... and it wasn't as though I *wouldn't* have come if I had known what was coming... I just would have prepared differently.

But this is what your Seminaries start doing when they are abandoned by the Synod in terms of cash.

Thanks for this article, Pastor. As one who has considered seminary and is in a similar situation (I have four kids), I really appreciate your candor. The price of seminary is so outrageous that it almost seems unethical to me. How do you think this contributes to the temptation of pastors to use birth control or obtain vasectomies? If you look at the profs at the sems and the presidents of our synod, you'll find very few that have larger families. Surely the Lord opens and closes the womb, but it would be quite a coincidence for this to all be natural. In light of Pres. Harrison's admonition for us in the synod to be fruitful and multiply, do you think that the seminaries are having a negative impact in this regard? Thanks again for the article and hope you see this a year and a half later!