That's what Mollie Hemingway is calling the remarkable "changing of the guard" we're witnessing at the LCMS National Convention.  I, like so many others I know, have been blown away by what I've been watching unfold these last few days, especially in regard to the elections that have taken place - from the Praesidium down to the various boards of regents, there has been a noticeable trend to elect candidates who fall on the conservative (or "confessional") side of the spectrum.  It really has been quite shocking for those of us who have been following LCMS politics for a while.

Anyway, whence this "Issues, Etc. Revolution," to which Mollie refers?  First of all, I really do think that the sudden cancellation of "Issues, Etc." and firings of Pr. Wilken and Jeff Schwarz during Holy Week a little over two years ago opened the eyes of a lot of people, who began to realize that they really should be paying attention to what's going on in our synod.  Secondly, the popularity of "Issues, Etc." soared when it came back on the air after a couple of months of hiatus and continues to grow to this day, and the promotion of Rev. Matthew Harrison, who has been, and hopefully will remain, a frequent guest, gave a lot of listeners out there a sneak preview of what our synod could be like under his faithful leadership.  Thirdly, the catechesis (teaching) done by Pr. Wilken and the many faithful pastors, seminary professors, etc. has had an enormous, positive impact on our synod.  Both clergy and laypeople learn much from this outstanding program and pass that learning on to others in their parishes.  Fourthly, "Issues, Etc." has been a tremendous uniting factor among the more conservative (or, "confessional") side of our synod, especially these last couple of years.  Having been closely monitoring synodical politics for over a decade, I cannot think of a time when there was anywhere near the unity among the "confessionals" we're witnessing now, and "Issues, Etc." has a lot to do with that, along with the Brothers of John the Steadfast, which came into being shortly after the cancellation of the show a couple of years ago.  So, yeah, I can see why Mollie would consider the happenings at the convention an "Issues, Etc. Revolution."

And, if there was any doubt about this, that was removed today when Jeff Schwarz, the long-time Producer of "Issues, Etc" was elected to the board of the Commission on Theology and Church Relations (CTCR).  This, after Rev. Michael Kumm, who just happens to be the Senior Pastor where Pr. Todd Wilken serves, was elected yesterday to the LCMS Board of Directors.

An "Issues, Etc. Revolution"?  Yeah, I think so.  So, a hearty thanks to "Issues, Etc." for rallying us to pay a little more attention to what's happening in our synod, but especially for delivering Cross-focused, Christ-centered programming to our ears, which makes your show the absolute best in Christian radio! 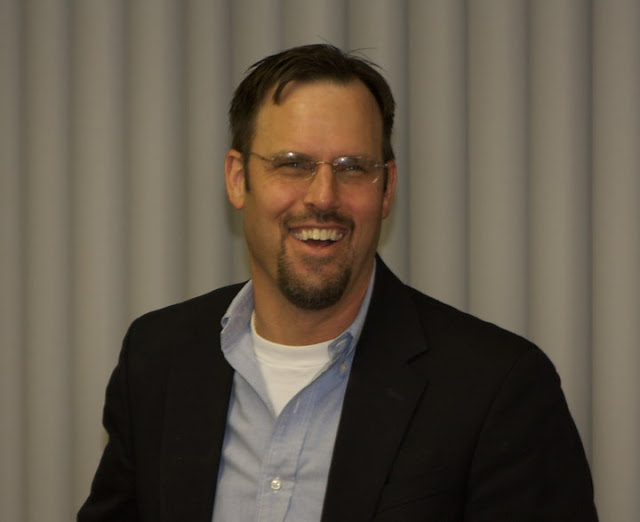 Congrats to Jeff Schwarz, newly elected to serve on the CTCR board! 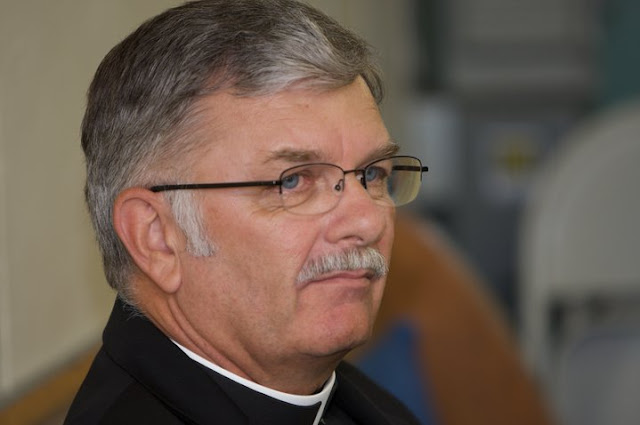 Congrats to Rev. Michael Kumm, newly elected to serve on the LCMS Board of Directors!
Posted by Rev. Thomas C. Messer, SSP at 9:54 PM