What are the deal-breakers? 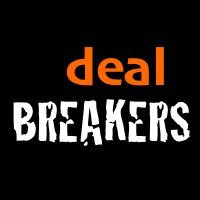 In response to my recent post, "Legalism & License," a brother pastor emailed me and asked me to name some deal-breakers (practices that would be unacceptable among Lutherans).  For reasons known only to him, he wishes to remain anonymous, which is why he didn't post a response here on the blog.  [SIDEBAR:  While I have my blog set up not to allow anonymous comments, it is pretty simple to create a pseudonymn for yourself and post anonymously here - but, whatever].

First of all, I think framing the "worship wars" debate around what are, and are not, "deal-breakers" misses the mark, and is a rather un-Lutheran exercise.  It reeks of a "what-can-I-get-away-with" or "how-far-can-I-go" mentality, and that sort of mentality just ain't Lutheran.  Lutherans are not minimalists.  We don't search for some lowest common denominator in worship, believing that if we do at least such and such, we are being faithful to our theology of worship.

A former pastor of mine, who bought whole-heartedly into the Church Growth Movement, used to say, "We still worship like Lutherans.  The liturgy is still there; it's just hidden, that's all."  Um, no.  It wasn't still there.  It was replaced by a new liturgy, one that contradicted and negated the liturgy it was supposedly hiding.  And, that new liturgy was based on a completely different theology of worship, one that sought to entertain and amuse the audience, rousing people to "give their all" for Jesus, who was decidedly absent, which is absolutely foreign to the Lutheran theology of worship, which is built upon the premise that Jesus is there in our midst - really there.  But, this was a "Lutheran" (LCMS) congregation, so they still believed in the Real Presence of Christ in the Sacrament, right?  Well, they said they did, but their practice didn't jive with their confession.  Case in point:  After the "praise band" would perform, the audience congregation would break into applause.  The pastor and "performers" knew that there was something not right about that.  So, in the attempt to teach the congregation to give thanks where thanks was due, they would look up (as if toward heaven) while they clapped, and direct others to do the same.  After awhile this caught on, so that when the time came for the people to break into applause after the performance, you would see most heads looking up toward heaven while clapping.  Why look up?  Well, 'cause that's where Jesus is, silly.

This example is put forth to illustrate what is truly a deal-breaker for Lutherans, namely the adherence to a theology of worship which contradicts what Lutherans believe, teach, and confess.  If we want to break things down and look at this or that practice to determine whether or not it is a "deal-breaker" for Lutherans, we need only ask ourselves whether or not it fits with our theology of worship.  Anything that doesn't fit is a "deal-breaker."

But, I'd rather look at this from the positive side of the equation, since the anonymous pastor pointed to my comments about there being an appropriate amount of freedom in worship among Lutherans.  In doing so, the preliminary remark must be made:  The Lutheran Church is a LITURGICAL Church.  All Lutherans who try to suppress, hide, or otherwise negate this truth find themselves in the "deal-breaking realm" (and, sadly, there's a whole lot of that going on these days).  Being a Liturgical Church, we follow a recognized pattern in the Divine Service, one that has been handed down to us, is Christ-centered, and puts our theology of worship into practice.  That is non-negotiable.  We Lutherans simply cannot pitch the liturgy we've been given and maintain the integrity of our confession.

With that said, there is a great deal of appropriate freedom in worship among us.  There is even room for us to have our own personal "styles" or "tastes" (gag!) regarding the way the Liturgy is conducted among us - within limits, of course.  We can speak or chant the liturgy.  We can have processionals or not.  We can make the sign of the cross at appropriate places in the liturgy or not.  We can bow, genuflect, and elevate or not.  We can wear a variety of vestments, from cassok and surplice to alb and stole to chasuble, etc. (not wearing vestments, unless they are simply unavailable or the situation makes them impractical, for some reason, seems like a deal-breaker to me, since, well, we confess to retain them).  We can speak or sing the Proper Preface or the Words of Institution.  We can pray the Lord's Prayer together as a congregation, sing it together, or have pastor and congregation sing parts.  We can ring bells or not.  We can employ an organ or not.  We can employ a choir (large or small) or not.  We can employ incense or not.  And on and on the list goes.

The point is that there IS a great deal of appropriate freedom among us.  It matters not to me whether my brother down the road chants or speaks the Liturgy.  I don't care whether or not he wears a chasuble and genuflects, etc.  I have opinions and preferences about such things, but these things are not what matters.  What matters is that my brother and I both adhere to the same theology of worship, using the same liturgy to deliver our Very Present Lord and Savior, Jesus Christ, to sinners in need, whether more or less ceremonial in the process.  What matters is that we conduct the Service with reverence and awe, recognizing that we do so in the stead and by the command of our mutual Lord.  What matters is that we are on the same page, serving for the same purpose, presenting and practicing the same doctrine.  The differences among us are not "deal-breakers," but examples of the true adiaphora about which our Lutheran forefathers spoke.  When those we serve visit the other's parish for Divine Service, they will recognize the differences between us, to be sure, but they will know they are in a sister congregation with whom they are in fellowship, for they will be greeted with the same doctrine at practice, albeit in slightly different ways.

That my brother down the road and I are in fellowship, even with our different "styles" of conducting the Liturgy among God's people, is NOT due to us agreeing upon some lowest common denominator and avoiding specific "deal-breakers," but rather is due to the fact that we adhere to the same theology of worship and put that theology into practice.  That is what is necessary and it simply cannot be brought into existence by drafting a checklist of practices which are either acceptable or "deal-breaking."  Lutheran worship is Lutheran worship, and it flows out of, adheres to, and puts into practice Lutheran theology.  Period.
Posted by Rev. Thomas C. Messer, SSP at 8:22 PM