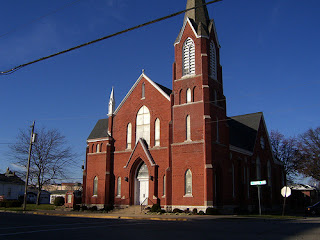 Last week, I had the awesome privilege of again attending the annual Gottesdienst Central conference at St. Paul's in Kewanee, IL, where Fr. Burnell Eckardt serves.  Wow!  What an absolutely delightful and most edifying trip this was, as I knew it would be, this being my fifth consecutive year of attending.  I wasn't able to make it there in time for the Autumn Choral Vespers or Oktoberfest banquet on Sunday evening, but was there for both full days of the Conference on Monday and Tuesday.  We began both of those days being fed upon our Lord in Word and Sacrament at Holy Mass (on Monday, Fr. Eckardt served as Celebrant, Fr. Mark Braden served as Deacon, and Dr. William Weinrich served as Preacher; on Tuesday, Fr. Eckardt served as Celebrant and Preacher).  We also gathered together on both days at Noon to pray the Office of Sext, and concluded each day with Vespers.  I know I've said this before, but I do cherish those opportunities to sit in the pew and be fed, especially when the Services are as beautiful and reverent as were these. 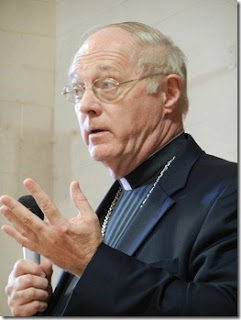 The Keynote Speaker this year was Dr. William Weinrich (Prof. at Concordia Theological Seminiary in Ft. Wayne).  I hadn't had the opportunity to sit at Dr. Weinrich's feet and learn from him since I had him for Early Church History back in 2001, but I was quickly reminded of the brilliance I encountered back then.  As Adriane Dorr wrote on her blog the other day, "he’s (1) brilliant, (2) engaging, and (3) brilliant and engaging."  I seriously cannot remember when I have had my brain exercised so thoroughly.  I learned a ton and was given much to ponder as Dr. Weinrich spoke on the theme, "Baptism in the Gospel of John."  Here are just a few of the things given us to ponder during his presentation:
I so look forward to Dr. Weinrich's commentary on John, which will be issued in three volumes.  From what we heard of him on Monday, it promises to be exceptional.

And, we had the added joy of spending the afternoon and early evening at Fr. Eckardt's house, sitting and chatting some more with Dr. Weinrich and each other over beer and snacks.   Simply sublime. 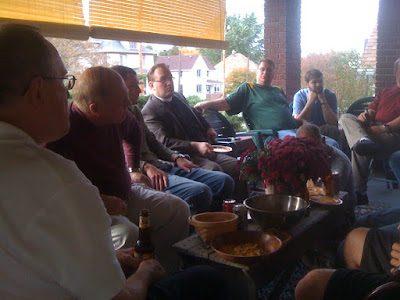 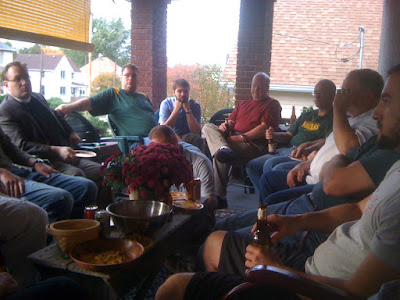 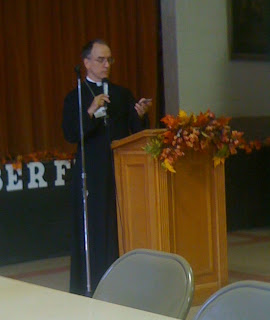 On Tuesday, Fr. Eckardt led us in a study of the rubrics and approach to the Liturgy to confess the Real Presence of Christ.  Great presentation and discussion.  A few thoughts from that include:
Anyway, it was a fantastic conference and, as the people I am blessed to serve would testify, I came back fired up, ready to share what I had learned and been given to ponder.  Already looking forward to next year!

In addition to being fed upon our Lord in Word and Sacrament, and in having my brain exercised to the max by all the wonderful teaching, discussion, and conversation over those couple of days, I was blessed to get to see, greet, and visit with, several brothers and sisters in Christ.  As a special treat, I got to meet and get to know one of my Polycarpian brothers, Fr. Jay Watson, who made the trip from Kansas.  And, I got to sit and chat with a couple of wonderful ladies I had met at past conferences and with whom I have remained in contact via the interwebs, Michele Keehner and Susan Fink.  I even got to experience an Adriane Dorr sighting, but wasn't able to chat with her, since she had to leave early to head over to Ft. Wayne, and there were just too many people lined up to talk with her while she was there.  Oh well, maybe next time. ;) 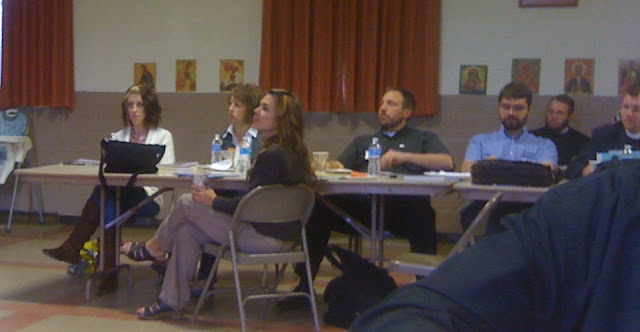 Thanks, Peter. I enjoyed reading your blog post this morning. Glad you made it over to the Fatherland safely - blessings on your studies, brother. (I almost used an exclamation point, but thought better of it :).