Then, I Shut Up 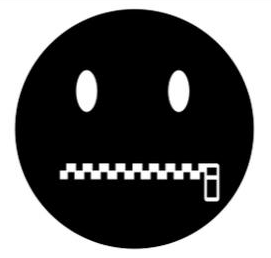 Yes, the Blessed Apostles of our Lord exhort Christians to holy living. They do. Their epistles are filled with such exhortations. They exhort Christians to deny self and live for God and neighbor, to crucify the flesh and its passions, to be sober-minded and self-controlled, to rid themselves of all malice, deceit, envy, greed, lust, and to be loving and generous and kind and . . .

But, when they do - and this is important, so listen closely - they are proclaiming Law. Not Gospel. Law. Not Sanctification. Law. Not Third Use of the Law. Law.

It's not a different Law than the Law they proclaim when they remind their hearers that they are sinners who deserve God's temporal and eternal wrath and punishment. They do that, too. In the very same epistles. And, when they do, it is the very same Law as when they exhort Christians to holy living. The Law is the Law.

Now, I have nary a problem exhorting Christians to holy living. I do it all the time. Every time I preach. Every sermon. I preach the Law. I don't preach the Law as a curb, then as a mirror, and then as a guide. I haven't a clue how to do that. With man, this is impossible, but with God, all things are possible. The Holy Spirit knows how to do that. He takes the Law I preach and applies it when, where, and how He pleases. I just preach the Law. That's all I can do.

Then, I preach the Gospel.

I shut up because I don't have anything else to say. I've said all that's been given me to say. I've preached the Law and the Gospel (repentance and the forgiveness of sins in Christ's Name). What else is there? I'm done.

Some Lutherans among us seem to be worried about preachers like me shutting up after the Gospel, since they posit that this might lead some people to take the Gospel for granted. It might lead some to treat the Gospel as cheap grace, as it might give the impression that the Gospel gives license to sin boldly and freely and willingly, since, well, they're sinners who are going to sin anyway, so they might as well indulge.

If people can glean from that sort of Law preaching that it's okey-dokey for them to just revel in sin and go on satisfying their every sinful desire without a care in the world, that's on them, not the preacher. The preacher will not prevent this by going on to preach more Law after the Gospel. They've already been told how they should be living as Christians. That was handled in the preaching of the Law. To tell them again now is not only redundant, but it runs the risk of leading them to doubt and despair, the very thing you just saved them from with Jesus.

So, for example, this past Sunday, the Epistle in the historic lectionary was 1 Peter 2:11-20, which begins, "Beloved, I urge you as sojourners and exiles to abstain from the passions of the flesh, which wage war against your soul. Keep your conduct among the Gentiles honorable, so that when they speak against you as evildoers, they may see your good deeds and glorify God on the day of visitation." St. Peter goes on to say, "Live as people who are free, not using your freedom as a cover-up for evil, but living as servants of God. Honor everyone. Love the brotherhood. Fear God. Honor the emperor."

Here, St. Peter is proclaiming Law. Not Gospel. Law. Not Sanctification. Law. Not Third Use of the Law. Law. It matters not that St. Peter is writing here to Christians, the "beloved," who are "sojourners and exiles" in this world, "people who are free" in Christ. It's still Law. He's telling Christians how they should be living. That's Law.

I preached my sermon on the Holy Gospel of the day, which was John 16:16-22. But, I didn't ignore St. Peter. I used his very words to preach the Law. I urged my hearers to live as St. Peter says they should be living. They are baptized children of God, living as exiles in this valley of the shadow of death for the "little while" (from the Gospel) of their earthly pilgrimages, and they should live like it, abstaining from the passions of their flesh, keeping their conduct honorable, not using their freedom as a cover-up for evil, but living as servants of God, honoring everyone, loving the brotherhood, fearing God, honoring their earthly authorities. Then, I exhorted them to repent, for, truth be told, they haven't lived as they should.

Then, I proclaimed to them the One who has lived as they should, who resisted all temptation and abstained from the passions of the flesh in their place; the One who kept His conduct honorable at all times; the One who never had a need to cover up evil, for He was without sin; the One who lived as a servant of God every day of the "little while" of His earthly pilgrimage; the One who honored everyone, loved the brotherhood, feared God, and honored the emperor; the One who went to the Cross to take away the sin of the world - even the sins of Christians, who fail to live as they should be living - by covering up, and burying, all sin and evil in His sacrificial death; the One who appeared again to His disciples after the "little while" between Good Friday and Easter evening, just as He promised; the One who died, but is not dead, for He rose and lives; the One who fulfills His promise "to be with us always" in the Divine Service, where His sheep hear His voice and are fed upon the sweet honey of His Word; the One who is made known to us in "the breaking of the bread," who gives us to eat and to drink of His very Body and Blood for the forgiveness of our sins and to strengthen and preserve us in the faith, as we make our way through the wilderness of this sinful world during the "little while" of our earthly pilgrimage, until He brings us home to dwell with Him and all His saints and angels in His kingdom, which has no end; the One who fills us with Himself, that His mercy and love might pour forth from us to others in ways that only He knows. I preached Jesus to them.

I think sermons like that are great. Some are very effective. I think about the hum-dinger that was given at the BJS conference this past year. Wow.

That said, the problem I have is insisting that this is the way all sermons should look. Now, if you are doing "how to" stuff all the time that is a problem - especially if the end goal is your best life now! : )

That said, what about all those sermons from the greats in the early church - they don't follow the L-G pattern, even if many of them certainly "breathe the Gospel". What about Luther's sermons? I don't know if any of his follow the pattern you've put forth.

Further, I acknowledge that the person who seeks to justify himself by his works needs Law full force. That said, when Jesus says "be perfect...." look at the context of that. Just as he did not mean for those words to condemn, the pastor can mean for words of law not to condemn as well (putting it in certain contexts) even as yes, our old man will always rebel against the law, try to keep it for salvation, despair trying, etc.

But we are new men also who delight in the law and delight in reminders of the law.

And we are eager to love God and neighbor more - to grow. Because we are Christians.

I enjoyed your post. Thank you for taking the time to write it, and for being prudent in the preaching and distinction of law and gospel.

I have a couple questions, but I don't want it to be misconstrued or misunderstood. I agree with you that the preaching of the law kills, no matter when it happens, or what "use" was intended. All three "uses" of the Law kill, regardless of how they are flavored by contemporary piety.

2) What sequence do St. Paul's epistles follow? Law-Gospel-Law? Law-Gospel-vocation? Law-Gospel-(do NOT go on sinning that grace may abound)? Why is it that Paul seems to end his letters with exhortations to living according to one's vocation, submit to authorities, etc.?

Again, I'm not challenging your point. Prudent preachers ought to rightly divide the Word, lest they lead someone to trust in their own efforts. Thanks for your time, (although I bet your congregation gets a good chunk of it first. which is meet, right, and proper.)

I don't know that I've read people saying lately that it is a bad thing to stop a sermon after the Gospel, or that NOT ending with exhortation will lead to "cheap grace." All I've seen is what Nathan points out: insisting that all sermons should follow this format is akin to dismissing a significant portion of historic Lutheran preaching.