Yesterday, a small group from our parish took a day trip south and visited Concordia Theological Seminary in Fort Wayne. The "Visit the Sem" idea originated in our Thursday morning Bible Study a while back, but it always remained one of those "We should do that someday" things - until yesterday.

We began our visit by attending Divine Service in Kramer Chapel at 10 a.m., which was greatly enjoyed by everyone. For all but two of us, this was the first time at the sem and, thus, the first time in Kramer Chapel to hear the beautiful voices of the seminary choir and community resounding through that Holy Place during worship and, as expected, they were blown away by it all. After chapel, we headed over to the Student Commons for coffee and got to chat with a few profs and students, including the venerable Dr. Scaer (the older version) and a couple of guys I have become acquainted with online, who have received calls and will soon be sent out to be ordained and serve as pastors. After coffee in the Commons, we headed over to tour the new Walther Library, which is coming along marvelously - future students will be extremely blessed by that wonderful project. Then, we headed over to take a peek at Sihler Auditorium and ran into a bit of good luck. It was locked, but Rev. Tom Zimmerman, Dean of Students, happened to be walking by and graciously came over and unlocked it for us, turned on some lights, and chatted with us for a few. After Sihler, we had lunch in Katie Luther Dining Hall, and then it was off to the bookstore, which always gives me the feeling I imagine teenage girls must have when going to the mall - I could spend hours in there! :) After the bookstore, we walked through the halls of Loehe and Wyneken quietly, as classes were in session, and finished our tour by visiting the food and clothing co-ops and other buildings on the grounds. It was a wonderful visit and everyone enjoyed themselves and would like to do it again.

Yesterday's visit was completely non-structured. We just decided to go a couple of weeks ago, put things together quickly, and several people were not able to come with us this time. So, next year, I'm hoping to plan a "Visit the Sem" day well in advance and coordinate it with the sem, so that we can have a little more structure to our visit (get a real tour, meet more of the faculty, and maybe sit in on a class, etc.). Hopefully, if we plan far enough in advance, we'll be able to bring a much larger group. We'll see.

The rest of the group headed back home in the afternoon, but I stuck around and spent the night, which allowed me to attend Divine Service at Redeemer in the evening, which was awesome! On Thursday evenings, they have Divine Service in the beautiful little chapel located behind the narthex, which is just perfect for the feeding of 20-30 sinners with our Lord's Holy Word and Sacrament. TLH p. 15. Pr. Petersen preaching (superbly, as usual). Kantor Reuning playing. The Body and Blood of Christ received. Simply sublime!

After the Divine Service, Pr. Petersen graciously invited me to go have a beer, so we headed over to Mad Anthony's and nursed a couple of beers while chatting for a couple of hours. Greatly enjoyed spending some time with him! My only regret is that I wish I would have had the waitress take a picture of us, so that I could have sent it to Adriane Dorr and rubbed it in. :)

It was a great day all around.


A few pics of the group at the sem: 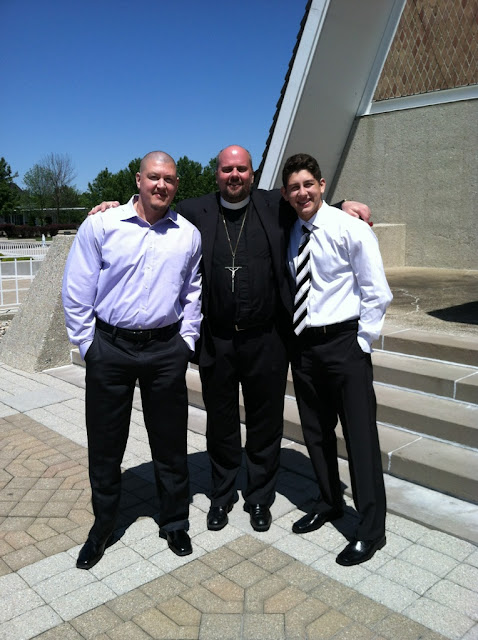 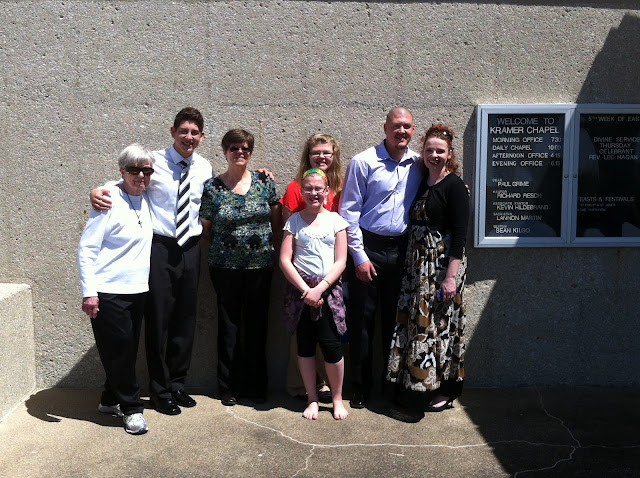 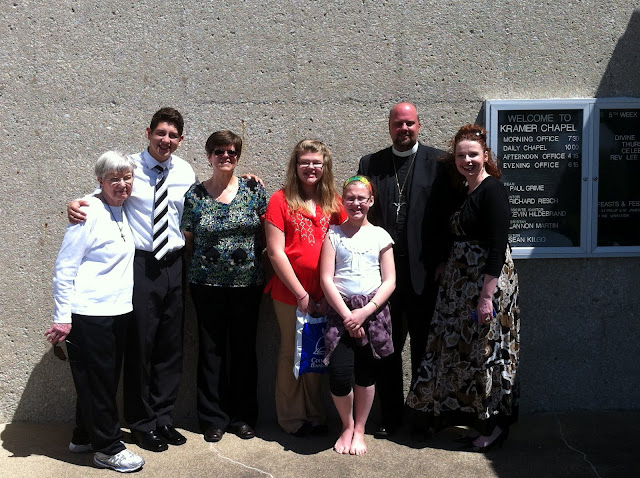 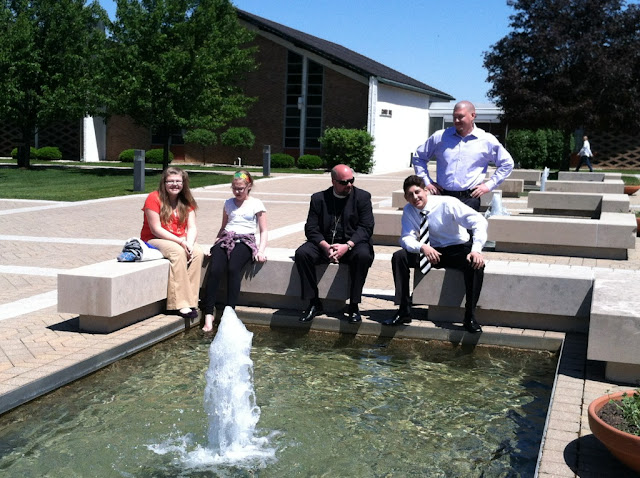 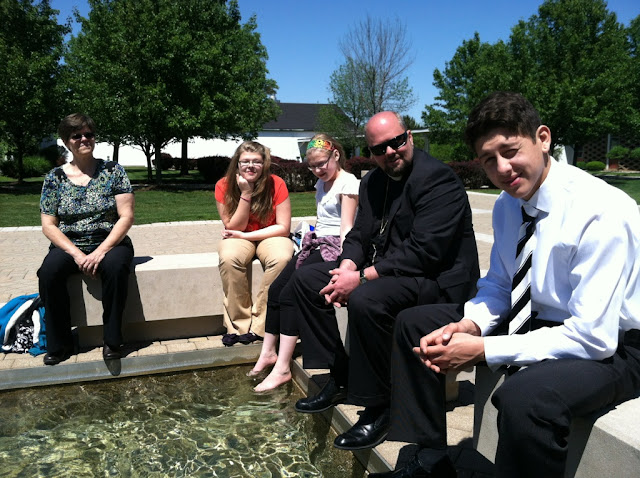 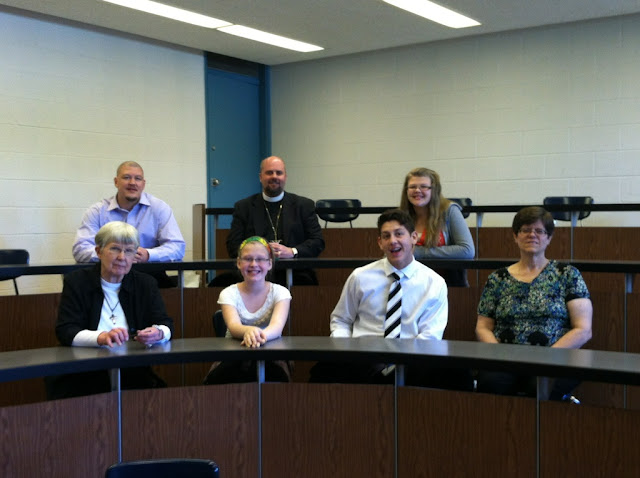 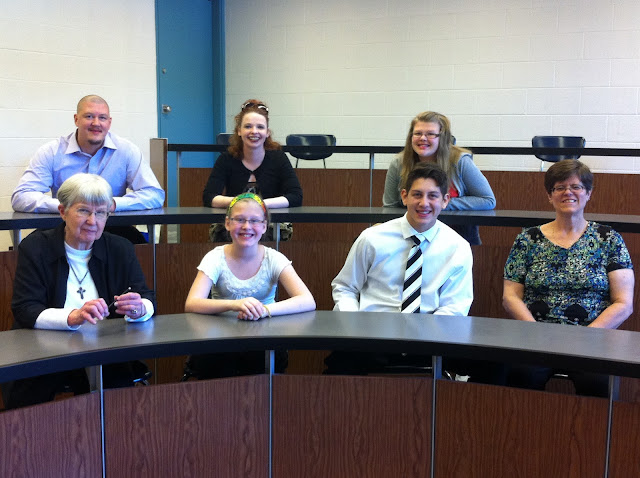